According to a new study published in PLOS Medicine on February 8 by Lars Fadnes of the University of Bergen, Norway, and colleagues, a young adult in the United States could add more than a decade to their life expectancy by changing from a regular fast-food diet to a tailored diet that includes more nuts, whole grains and legumes, and less red meat. For elderly individuals, the expected improvements in life expectancy from dietary modifications would be modest but still considerable. 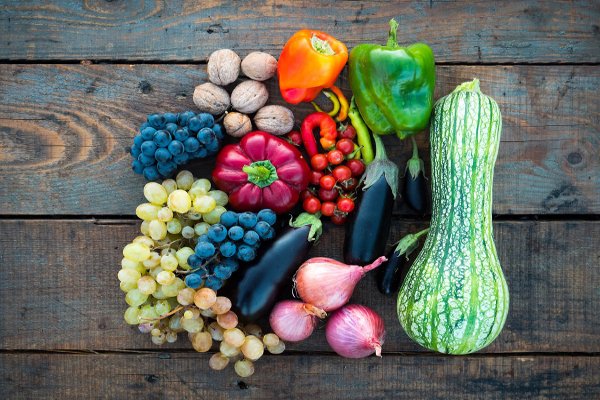 Using a food modeling tool that forecasts life expectancy based on a variety of dietary choices, researchers discovered that adding these particular items and avoiding red and processed meat had the highest impact on everyone.

The greatest increase was in the consumption of legumes, which include beans, peas, and lentils. The nutritional benefits of these options include soluble fiber, high-quality protein, and micronutrients such as zinc, calcium, and iron. In addition, they are resistant to starches, which assist in managing blood sugar levels.

According to previous studies, a typical Western diet is low in fruits and vegetables, high in calories, contains big portions, has an excessive amount of sugar, and is rich in saturated and trans fats.

Dietary modifications may have a substantial influence not only on your health but also on your longevity. Even for elderly individuals, the benefits would be modest but considerable.

Considering that the U.S. seems to be headed in the wrong direction, it has become more urgent to find solutions for life expectancy.

Increases in accidents and accidental injuries, drug overdoses, murder, diabetes, chronic liver disease, and cirrhosis contributed to this reduction. The reported drop in life expectancy is the biggest one-year decline since World War II when life expectancy fell by roughly three years between 1942 and 1943.

Although dietary modifications would not directly influence concerns such as drug overdoses or accidents, they may have a substantial impact on chronic conditions such as diabetes and liver disease.

Regular exercise, a healthy diet, and avoiding too much sugar may significantly impact liver function.

Diabetes and liver disease are considered lifestyle-related illnesses since they may be controlled with inherited components. In certain circumstances, they may be reversed with dietary changes and other alterations.

Lifestyle changes may make a significant impact on persons with liver problems. Regular exercise, a healthy diet, and avoiding too much sugar may significantly impact liver function.

The latest research did not include sugar guidelines; nevertheless, according to McIntyre, excessive intake of added sugars has been connected to the growth of fatty liver disease during the previous two decades. It is also associated with other metabolic issues.

He also cites an increase in sedentary behavior as a risk factor for metabolic illness and liver issues. In 2019, JAMA reported that sedentary behavior in the U.S. population has been high for 15 years and is connected with an elevated risk of numerous illnesses and early death. According to a study published in the International Journal of Environmental Research and Public Health, COVID has aggravated the issue, especially for young individuals.

McIntyre said, “Physical exercise is essential for safeguarding your liver and sustaining your health in general.” Exercise also provides a significant mental health boost, which is essential for maintaining these lifestyle changes regardless of age.

The ideal diet identified by researchers contains several items rich in antioxidants. Several studies on human cells indicate that they may reduce or prevent cell damage, one of the causes of aging.

However, this field of study is still in its infancy, so it is unknown if antioxidants consumed as part of a healthy diet would have the same impact. Several of the foods featured in this research contain anti-inflammatory effects, which may also postpone the development of numerous illnesses and the aging process.

Changing your diet drastically might be challenging. However, adopting some of the items that have been proven to promote lifespan may still be beneficial.

Switching to a diet rich in legumes, whole grains, and nuts might help young people live up to ten years longer. Even elderly persons may benefit from these modifications. Consult a healthcare physician or a qualified dietitian if you need assistance integrating adjustments into your normal meal planning.